State Board of Education Redistricting

Secretary of State Frank LaRose recently directed Ohio's 88 county boards of election to use Governor Mike DeWine's recently drawn State Board districts, which are unfair and illegal. Chief among the legal issues, the current State Board districts are based on nonexistent Ohio Senate districts that were invalidated and discarded by the Ohio Supreme Court in February 2022. This triggered multiple violations of state law and a district map designed to silence the voices of Ohio's Black, brown, and urban communities. 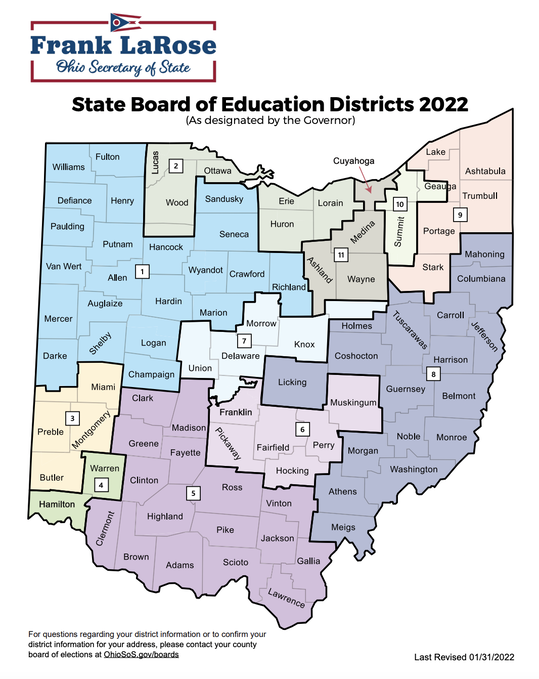 Governor DeWine began clearing the Board of pro-equity members back in October 2021, when he forced former Board President Laura Kohler and Eric Poklar to resign for their votes against repealing the antiracism and equity resolution. Board members voted 10-7 to repeal the resolution, which was adopted in July 2020. Laura Kohler helped draft and pass the resolution.
​
Under DeWine's February districts, urban and suburban areas would lose significant representation at the State Board and the needs of Ohio's Black, brown, and other marginalized communities would be gone.


Changes to Johnson’s and Miranda’s districts in Cleveland and Columbus would significantly reduce the opportunity for Black and urban voices on the State Board. Both changes dilute urban voter representation by forcing overwhelmingly  large rural counties into those districts:


These changes matter because elected members of the State Board are duty bound to represent the Ohioans who elected them so they can shape the state’s public education system according to the needs of the children and families they serve.